Aledia, which has developed a leading microleds technology for display, inaugurated on 2nd September its future production site in Champagnier, near Grenoble. It was also an opportunity for Agnès Pannier-Runacher, Deputy Minister, in charge of industry, and Cédric O, Secretary of State, in charge of digital, to come to the Isère region and launch the Display Valley.

Demeter, represented by Sophie Paturle, member of the Board of Aledia, is particularly proud of the progress made, and of supporting Aledia as a founding financial shareholder, present since the first round of financing.

It is thanks to industrial start-ups and disruptive technologies such as that developed by Aledia, in large-scale markets such as displays that we provide solutions that create value and jobs to achieve the ecological transition. 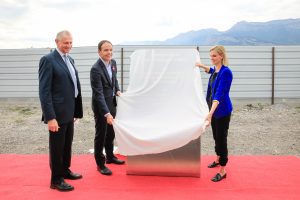 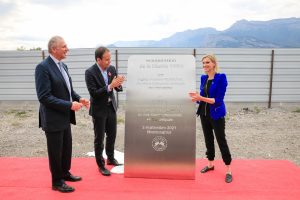